I have shared many highlights from my 2013 travels here on the blog so some of this list may be familiar but I know there are a few for certain that haven’t been shared with you … until now!

Travel doesn’t run smoothly all of the time despite good planning and best efforts. Wildlife rarely cooperates, weather as we all know is hit and miss and then there are times where you just make mistakes. On the flip side, travel often surprises you in good and unexpected ways.

Without further adieu, some favourite moments included the time when …

When … I trekked for wolves in -35 degree Celsius weather.

I am headed back to PANP trek for wolves again this year … hoping my luck will change.

The moment: The drive up to Waskesiu was perhaps the scariest five hours of my life. Blowing snow and ice on the highway and a complete whiteout between Regina and Saskatoon made this the most treacherous trip ever. To make matters worse I was travelling with my mom and sons. We eventually made it there but not without some very tense moments.

Fresh snow had fallen and two sets of wolf prints led me and Sundogs Excursions owner Bradley Muir on an adrenaline filled two hour goose chase down the winding back roads of Prince Albert National Park. Though in the end the wolves managed to stay out of sight – the thrill of the chase, of knowingly being that close to them in their natural environment was easily one of the year’s most exciting moments.

When … I had to see the boobies, so I took the babies on a sailboat trip. 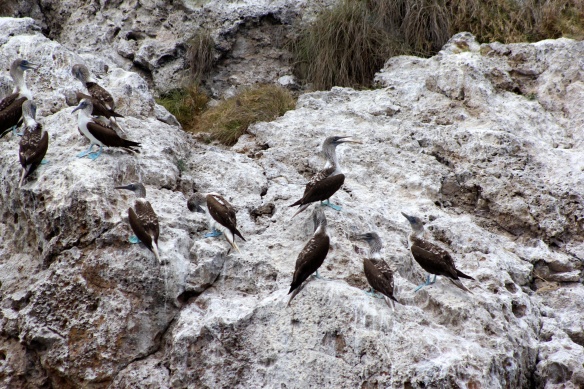 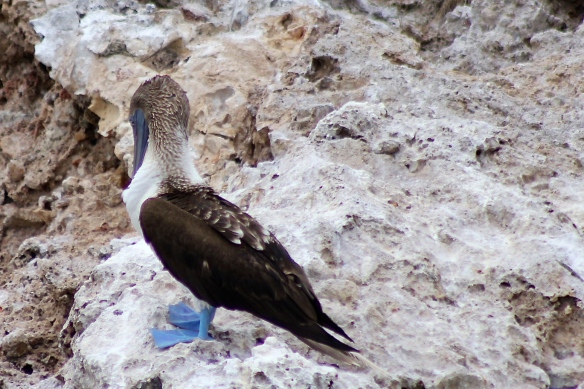 The colour of the boobies feet is related to carotenoid pigments obtained from its diet of fresh fish.

The place: Marietas Island, Puerto Vallarta, Mexico. In February, me, my girlfriend Kim, her 7 month old son and my two sons, ages 6 and 4 embarked on sail boat tour to Marietas Islands.

The moment: My need for a return to Marietas was intense, obsessive, necessary. I needed to return to get a pic of the Blue Footed Boobies. While there, me and my two little ones hopped into the ocean, swam to shore and roamed the hidden beach as it is sometimes referred to. My poor friend (and her baby) unfortunately spent nearly the whole time sea sick. To make matters much worse, the five hour sailboat ride ended up taking nine. Kim will never get on another boat with me. Ever. But I got my boobies pictures. Adventure. Check.

When … I donned a fur coat for the first and last time. 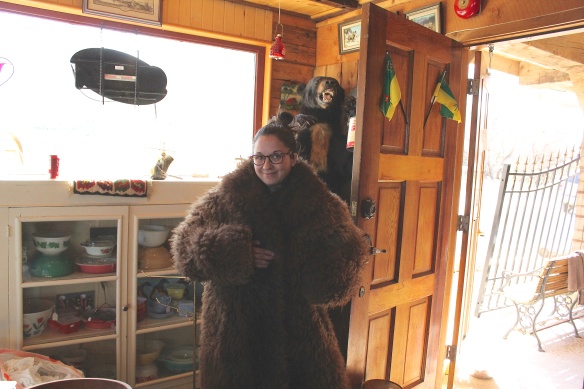 Think this is warm enough to get you through a Saskatchewan winter? The answer is yes.

The place: Relics Art & Antiques at Manitou Beach, Saskatchewan. Discovered: A bison coat which once belonged to an RCMP officer.

The moment: Although I am against wearing fur, I had to try it on to see what it was like. Real. Bison. Fur. This thing was incredible – so heavy and so warm. So I did a little dance and put it back. Don’t expect this to ever occur again. Fur belongs on animals, not people.

I wrote more about this great little town and all it’s gems here.

When … I floated in water the colour of peeoop (pee + poop).

I stayed in these waters for nearly three hours. Nothing like it. Really.

The place: Still in Manitou but at the hotel trying out the healing waters imported inside from Manitou Lake.

The moment: For those who don’t know, this lake is similar to the Dead Sea and the only one of it’s kind in Canada. The water pumped into the hotel is the same. Once in, you are completely weightless. A very cool feeling. Just don’t mind the colour of the water. Or ingest it. Or swim in it with open cuts or wounds.

When … Serena Ryder just showed up at TBEX.

The place: Toronto (TBEX conference), Ontario. My first TBEX was pretty awesome. I had never been before and beyond exploring the great city of Toronto, I met some amazing people!

The moment: I was networking the room and chatting up a very nice lady from Churchill when I heard what sounded like a live performance of Serena Ryder. Breaking away from the convo I dashed down hall around the corner to find her on stage with a few other folks watching. This totally blew my mind. I stood there in the front row mesmerized singing along like a 12 year old girl at a Beiber concert. Way to put on a party Toronto!

When … They named a shot after me and my friends.
(THANK GOD there are no images from this night … that I am aware of …)

The moment: Somehow we had paddles (cheap dollar store paddles that were used as signage at one point earlier in the evening). The [booze fueled] inspiration struck late in the night to paddle each other on the ass. My friend Gord delivered the first blow, then I took things into my own hands and delivered a few. Only, I apparently have a harder swack. The first paddle was split in two on Gord’s ass (rightfully so), the second was on a Saskatchewan Roughrider (to remain unnamed). It was all in good fun and even though wood did break and paddles did split, no one was hurt. The bar decided to name a shot after us and the Broken Paddle shot was created. Here’s to you Gord, Ang and Candice!

When … I fell in love with a horse.

Gus and I strolling the pasture.

The place: La Reata Ranch, Saskatchewan. You may remember Gus. I sure do and cannot wait to resume our love affair in the summer of 2014.

The moment: An affair was had. It was hot. You can catch yourself up on all the torrid details here.

When … I nearly got eaten by bison.

This poor bison met his demise. I found him at my feet while snapping pics of other bison. Needless to say, this freaked me out.

Beautiful, from a safe distance.

The moment: Ok, maybe it’s because I know how bloody big or heavy their coats are but damn I got a bit freaked out by the bison. They are magnificent HUMUNGOUS beasts that look ten times larger than you ever imagined. And when they are merely 15 feet away from you in the wild — it is crazy.

Anyhow, My friend Gord (yep the same paddle smacker from above) urged me to get off my horse and snap some pics. I swear that a rogue bull was waiting around the corner for me. I could hear him. Anyhow, when that didn’t happen I got back on my horse and we went on our merry little way. I wrote more about this experience here.

When … I almost drown in snow. 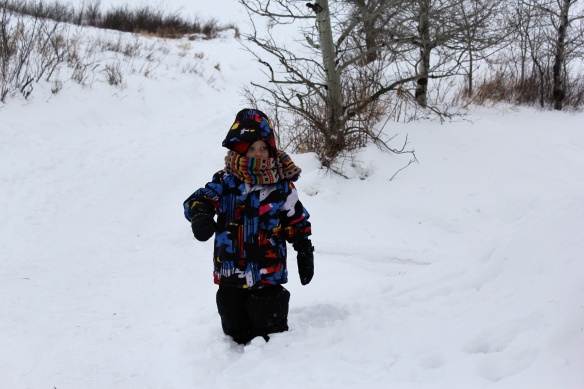 My youngest had no trouble navigating without snow shoes through the snowy trails.

The place: Wanuskewin (outside of Saskatoon), Saskatchewan.

The moment: Refusing snow shoes (for some odd reason) during a visit to Wanuskewin where I hiked with my two young sons was just dumb. I don’t even know why I said no. I love snow shoes. Midway through the trail hike I became entrenched up to my crotch twice and had to have my kids had to pull me out of the deep snow. I knew I had made a stupid mistake. I also felt like an elephant as my light little babes had no issues. I barely made it out alive. Thank goodness the kids couldn’t fathom living without me as they were lifesavers!

When … I got lost in a paddle boat with a compass.

The place: The Eco–Odyssée Water Maze in Outaouais, Quebec.

The moment: Ok, so me and my friend Candice were a bit ambitious – thought we would have no trouble mastering the super cool marsh water maze and the quiz associated with it. Instead, we got lost multiple times, couldn’t read a compass if our life depended on it and then lost the paddle. Oh and for the quiz – not one answer right. I have never sucked SO badly at something.

Candice also made a video of the whole frightening ordeal.

Question of the day
What’s the most ‘unexpected’ moment from your 2013 travels (or anytime)?

0 thoughts on “The best of 2013’s unexpected travel moments”